The economic expansion and diversification of the Green City has translated to expansion of the industrial complex in the northwestern part of the city, and characterizing this change is the establishment of a new factory that manufactures solar cells. These solar cells are copper indium gallium selenide (CIGS). It is a thin film solar cell used to convert sunlight into electric power. The land parcel for this factory borders an existing warehouse that serves as a depot for solar cells. This is a Public-Private Partnership intended to reduce the cost of production of these cells, cater to the growing demand by the city citizens for clean energy, and position the city as a major supply of CIGS solar panels in the entire region.

The manufacturing plant will include a building complex, pipelines, and massive silos, among other key components. Terra Inc. will be designing the pile foundation
for these structures. 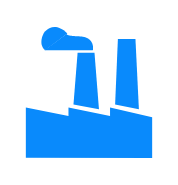